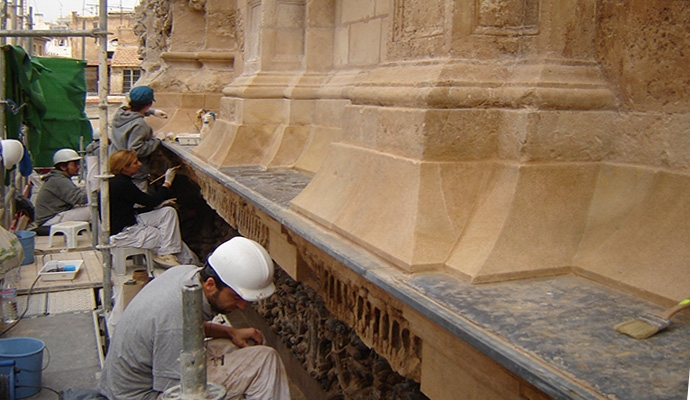 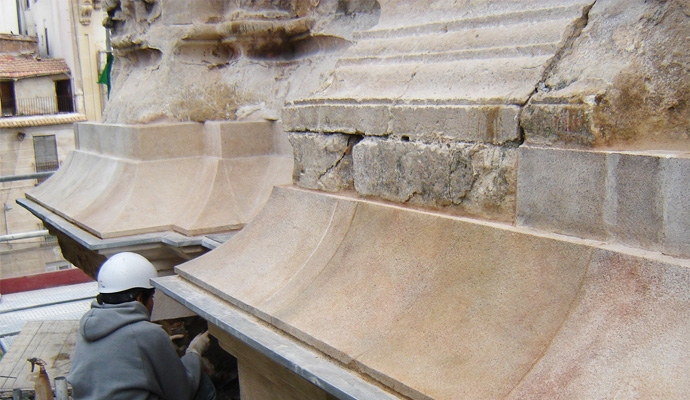 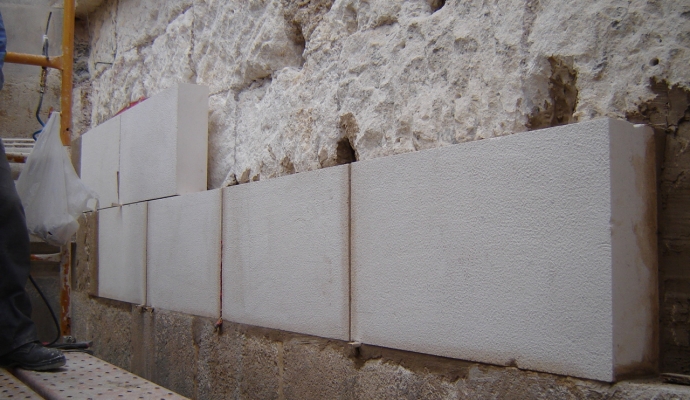 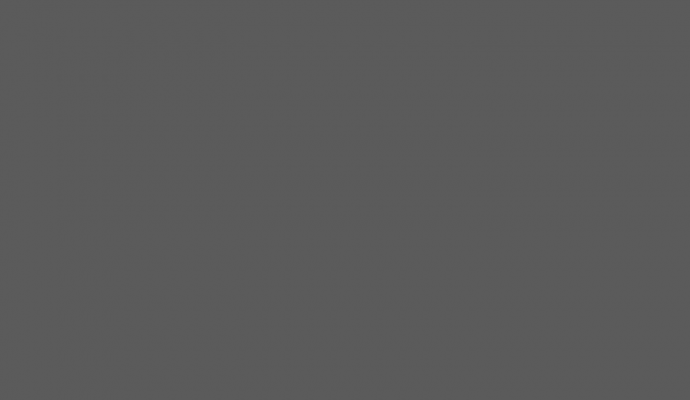 As all restoration projects, they are planned from the first study itself.
Always advised by architects and technical departments from the GEOCISA Company (Gestión de Cimientos S.A.).

This project lasted about three years, where different ornamental stones depending on the areas to be restored, including Caliza Capri (Murcia) for the exterior facade of the chapel of the Vélez, giving subsequent finishing using various techniques by skated to resemble used to existing stone.

The same technique with Villamonte sandstone was used in the street Apostles. In this same area large moldings were restored using lead and modifing the stone and trying not to differentiate to the existing. In addition to the in situ restoration also performed at our facilities in Macael.